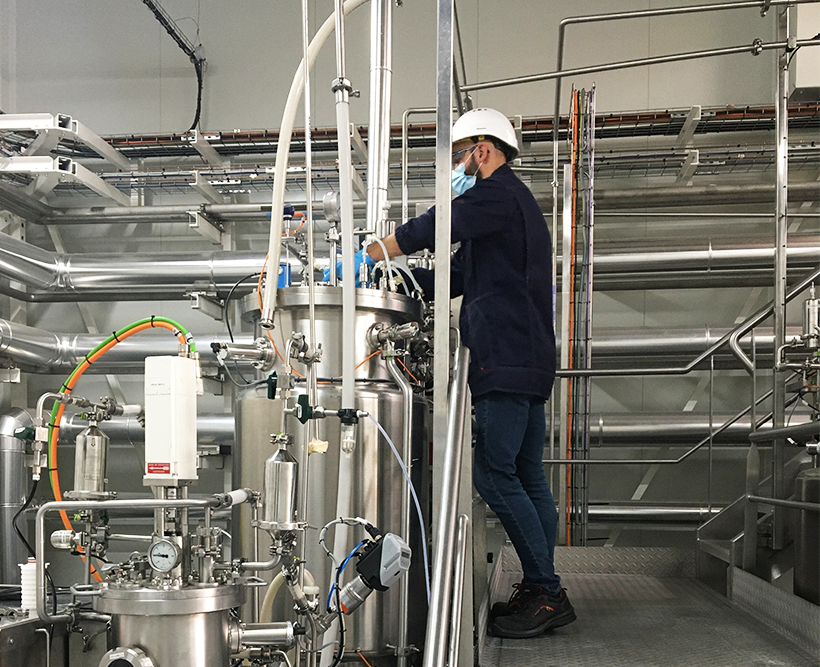 The Chilean Biotech that Choose France

The Chilean Biotech that Chose France

Protera, a biotech company founded by two young Chilean students, chose to set up its head office in Neuilly-sur-Seine. From Santiago de Chile to Neuilly and from San Francisco to Station F: the Protera route will delight supporters of French attractiveness.

The company was created in 2015 by Leonardo Alvarez and Francia Navarrete, who both studied courses in biotech and finance. Their project was to set up an artificial intelligence platform capable of drawing from the billions of proteins existing in nature, to launch eco-friendly innovations in the food industry. Currently, Protera is testing industrial use of a protein that delays mold in bread - and could limit daily mess. Another protein could replace the indigestible soy lecithin to make emulsions of industrial sauces.

To develop its research, Protera first set up an office in San Francisco. In order to grow, the company looked for capital. In June 2020, the French Sofinnova lead a fundraising campaign of 5.6 million dollars for the start-up.

The capital investor, essential in biotech, based on Boulevard Haussmann in Paris explained to the start-up, whentaken under its wing, that its development would now have to take place in an appropriate environment. “Research is at a very good level in Chile, where we have had our head office,” explains Francia Navarrete, “But we had to find a country of establishment which both allows industrial developments and is at the forefront of artificial intelligence. This base should also attract talent, always keen to grow among other young shoots.”

The Flip Side of Silicon Valley

California, where Protera already has a foothold, seems to combine all these qualities. “But in reality, hiring employees locally is very difficult,” notes Francia Navarrete, “Availability is scarce, requirements and wages are high. In addition, a potentially significant turnover. In the end, the second possible hub was Paris and its region.”

In February 2020, the banks of the Seine won over the Californian beaches. For Protera, Neuilly will be the home for the head office, Station F for part of the research and scientific exchanges, and Oise, near Compiègne, for the large-scale experimentation center for selected proteins, with pre-industrial developments in large fermenters.

France, as a home port with its high social charges; its taxation could be described as unbearable. However, the welcome package turns out to be far more attractive. “The research tax credit is an important element for a company like ours,” explains Patrick Françoisse, Director of Strategy and Industrialization at Protera, “We also submitted a file to benefit from the arrangements around young innovative companies. And we obtained subsidies from Bpifrance”, details this 60-year-old Belgian engineer with two decades spent at Solvay, and whom Protera hired to finalize the French establishment.

For the two Chilean partners, settling in France has indeed been complicated due to the pandemic - especially as Protera wants to maintain activities in Chile. Their trips back-and-forth between the two continents remain difficult. Patrick Françoisse completed the files, launched the machines and entered into partnerships with food companies. As soon as the borders reopen, Francia Navarrete plans to settle permanently in France. As her first name predestined.